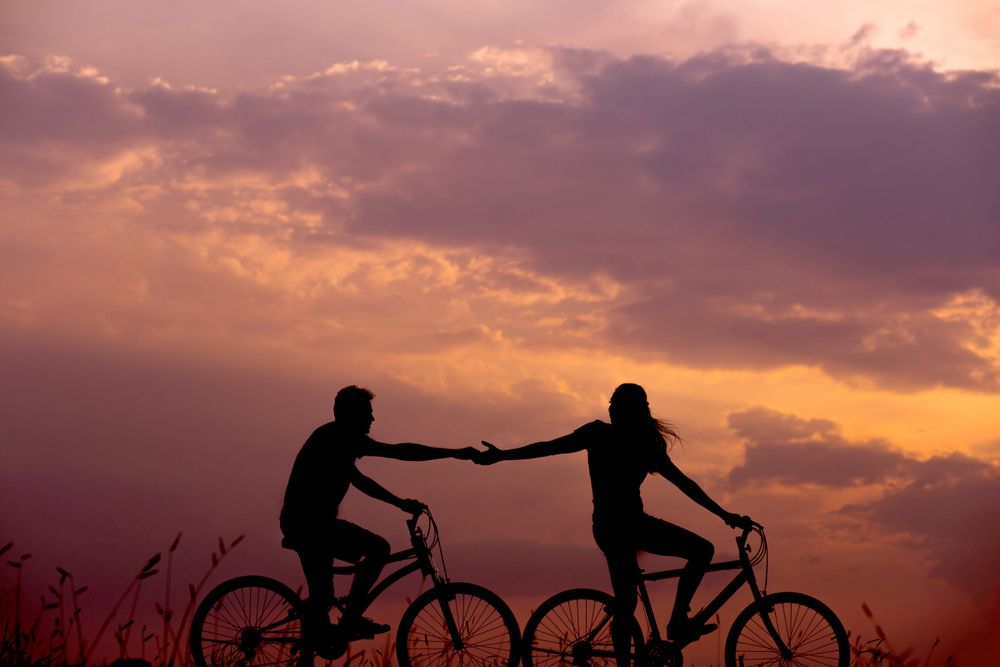 Can opposites attract? Or is such a romantic arrangement confined to authors’ fantasies? In this article, we investigate this question a little deeper by weaving modern research on long-lasting marriage with the story of a fictional couple, Don and Rosie.

The Rosie Project was published in 2012. It’s a book that kept Bill Gates up until 3 in the morning and which he subsequently recommended to fifty friends. It’s the first part of a trilogy, followed by The Rosie Effect and The Rosie Result.

The Rosie Project is a romance novel that is at times witty, at times hysterical. It revolves around the adventures of Don and Rosie in Melbourne, Australia, and later in New York City.

Professor Don Tillman is an associate professor of genetics at a university in Melbourne, Australia. He’s thirty-nine, and he lives an efficient, relatively happy life; he describes himself as socially incompetent — a dysphemism for not picking up on social cues. Although he enjoys a successful career, he has not had similar luck in relationships, as there seems to be “something about him that women find unappealing.”

Like most highly organized nerds, Don has a detailed schedule for each day of the week and a meal plan programmed to maximize efficiency, nutritional value and reduce food waste. When he’s not working, Don spends his time between exercising Aikido, reading, and the pre-scheduled unwinding with his only friend Gene Barrow and Gene’s wife, Claudia.

Don has strong convictions on many things in life, from how ineffective global warming advocates advocate their cause to what makes the perfect cocktail and, of course, deities or lack thereof. Needless to say, he’s not big on small talk.

Don dismisses different potential partners for performing “unsound generalization, based on limited experience,” or not being evidence-based when they draw conclusions. One date after another, Don makes a “social error” and gets judged for his conversational blunders. From Elizabeth to Bethany, the reader bears witness to disaster after disaster, as each girl invades his schedule or fails to follow a scientific approach for assessment. In the end, something always seems to go wrong!

But Don is determined. He initiates “The Wife Project” to find a wife. Like any rational person would do, Don devises a questionnaire of sixteen double-sided pages to filter out all incompatible potential partners. It seems like this is the easiest way to find love these days.

On the other hand, Rosie is just Rosie, a twenty-nine-year-old spontaneous soul. She is a vegetarian, although she eats fish if it’s been ethically sourced. Rosie’s mother died when she was ten years old, leaving her with many unresolved issues, having been raised by only her step-father. Nonetheless, she manages to hide her neediness and insecurities behind a facade of self-sufficiency and intelligence, especially social intelligence.

During the day, Rosie is a Ph.D. student in psychology under Gene’s supervision. By night, like many grad students, she moonlights as a bartender. Smart as she is, she downplays her attractiveness and fiercely embraces her feminist identity.

The Don and Rosie story begins when Gene pranks Don into meeting Rosie, whom Don thinks is a potential partner. Not knowing that she’s a Ph.D. student, Don thinks Rosie is a little too smart for a bartender. When he tells her about his questionnaire, she instantly finds him to be objectifying women treating women not as unique individuals but as soulless commodities from which Don chooses the one that fits just right.

Nevertheless, Don keeps meeting Rosie despite Rosie having failed his detailed questionnaire in many categories: she is a smoker, generally unathletic, not very big on schedules and planning, and worst of all, never shows up on time!

Rosie pushes Don to his limit, challenging all his rules based on modern scientific research and past experiences. But Rosie? Rosie doesn’t care! One day in his apartment, she puts on some music because she insists that Don simply “can’t go through life not listening to music.” She invades his personal space and messes with his clock, changing the time zone to “Rosie Central Time.” Now that time has been redefined, none of Don’s rules apply anymore!

Don doesn’t understand why he’s wasting his time and energy on a relationship that won’t work out. However, still, he dedicates himself to finding Rosie’s biological father by devising “The Father Project.” Against all rational thinking, Don realizes that spending his time with Rosie makes him happier than just about anything else, even his trip to the Met Museum in New York City, a day that he describes as the best in his life.

Why does Don and Rosie’s relationship succeed while many other couples don’t? Luckily, researchers have investigated this question. In the late 1990s, John Gottman, a psychologist at the University of Washington, and his collaborators studied married couples. Gottman wrote about the experiments in the love lab in his book The Seven Principles for Making Marriage Work.

According to Gottman, every relationship has a set of different perpetual problems that occur due to irreconcilable personality differences. So, when one enters a relationship, they inherit unresolvable issues that they’ll have to deal with for the rest of their life (or the relationship's life).

Don welcomes this premise. As we see him grow throughout the books, he first accepts himself with all the intrinsic flaws. He later acknowledges Rosie’s differences and realizes that he has to cope with (and not change) them.

One day Claudia, Gene’s wife, tells Don, “If you really love someone, you have to be prepared to accept them as they are. Maybe you hope that one day they get a wake-up call and make the changes for their own reasons.” As a psychologist, she stresses that only the individual is capable of changing themselves, no matter how much external intervention they might receive from others.

Don becomes flexible enough to maneuver through the uncertainty of Rosie’s schedule and virtually every other chaotic part of her life. Although chaos and unpredictability are not easy for Don to handle, he persists.

Problems created during childhood are never fully resolved, you see; one can only carefully manage them. Rosie’s feelings of abandonment of her biological father are never going away. Rosie is looking for the perfect partner. And Don needs to reassure her that he’s here and to provide her with the love that she’s idealized and even more!

Apart from personality differences, no relationship is without conflicts. The researchers from the love lab found that most conflicts between partners never get fully addressed. Couples will talk about the same conflicts in the same way over the years and even decades, with little to no change. On the other hand, conflict-handling is the single most crucial indicator of a relationship’s longevity. A marriage will only last if couples can discuss their problems in a non-toxic way and cope with them in the long run, even if there is never a complete or satisfying resolution.

The researchers attribute mishandling a conflict to one of these corrosive reasons: criticism, defensiveness, disrespect and contempt, and stonewalling, i.e., emotionally withdrawing from a conflict.

In The Rosie Effect, Don almost lost Rosie to pregnancy stress. Although Rosie never doubted Don as a father, she worried about what kind of life they would all have afterward. Rosie engaged in stonewalling, emotionally withdrawing from the whole debacle. Don never retaliated with any criticism or contempt. He loved Rosie and respected her decision, even if it didn’t include him in her life.

Rosie didn’t understand herself throughout her pregnancy either. Yet, Don recovered the relationship after giving himself an ultimatum: It was either Rosie and his unborn child or the rest of his life without a wife or a child. As challenging a predicament as it was, Don was able to win Rosie back by comforting and reassuring her.

Throughout the book, we see that Don lets go of reason, his closest contender, because in marriage reason frequently has to take the back seat to harmony between the partners. During rough patches, his objective becomes minimizing her stress, which serves them both well at the most polarizing times in their relationship.

The researchers found that relationships are built atop a foundation of friendship. This friendship provides a positive sentiment override that helps couples go through their darkest moments and their dreary conflicts without losing faith in what they have. The pillars of friendship include fondness and admiration and learning each other’s love maps.

Don features a hopeless romantic even if he doesn’t realize it himself. Falling in love with Rosie is the single most important event in his life. The sentiment shows in the way he talks to and about Rosie. It features the fondness and admiration the researchers are referring to. In Don’s own words:  “I have heard the word ‘stunning’ used to describe women, but this was the first time I had actually been stunned by one.” and on another occasion, “You are the world’s most perfect woman. All other women are irrelevant. Permanently.”

The researchers use the term “maps” because learning about someone is not a unidirectional, straightforward task. It requires a lifetime of observation, curiosity, and listening with an open heart and an open mind. Don learns everything about Rosie, and more importantly, he notices everything he could with his somehow limited social skills. Rosie is at the forefront of his schedule; she is his schedule. He knows what makes her happy, and he knows what makes her sad.

Showering Rosie with words of fondness and admiration and learning her love maps, Don creates a positive sentiment override in Rosie’s mind. It is the positive thoughts about him that tend to supersede occasional negative feelings. It acts as a buffer against irritability and emotional distance. This override becomes critical through the dark moments where impulse can override logic, and God knows how often this happens.

The Rosie Effect echoes that humans often miss what is close to them and readily apparent to others. Don might think of himself as an individual represented in logical thinking and scientific rigor. But Rosie can see right through him: A man who, despite being scientifically minded, requires the same unconditional love and affection that all of us long for.

Don evolves a great deal throughout the novels. In the first book, he’s focused on rationality as the answer to everything. In the second book, as he matures, he becomes more emotionally complex. He’s evolved because of his love for Rosie. He takes a less scientific approach to romance while actively working to minimize Rosie’s stress.

Since the books are written from Don’s perspective, we see that Don has accepted himself and his partner. He deals with conflicts in more constructive ways. He has built a foundation of friendship by learning and navigating Rosie’s love map. His affection for Rosie is powerful enough to override the tension during stressful times.

Through it all, the reader gets a window into the soft side of a hard man of science. And what a window it is! 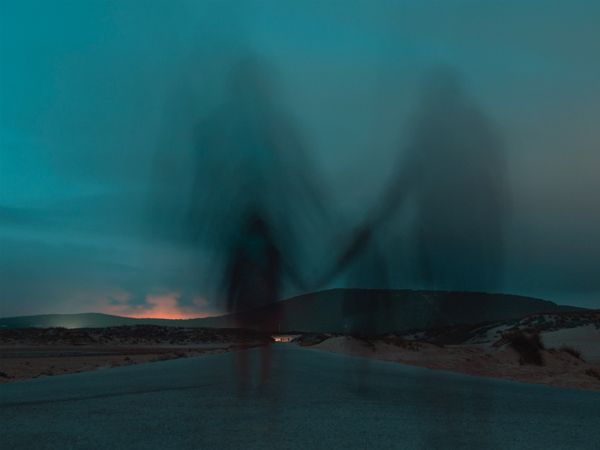 How to Ruin a Relationship 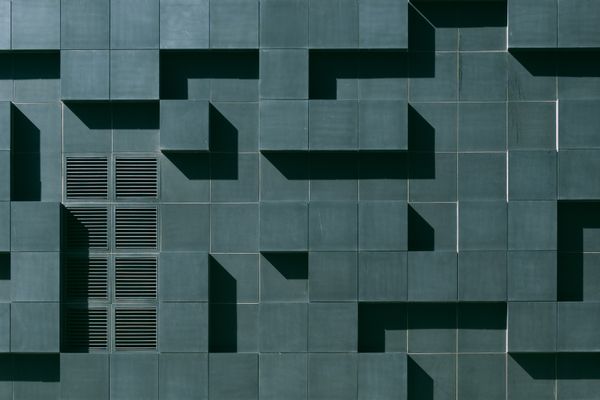