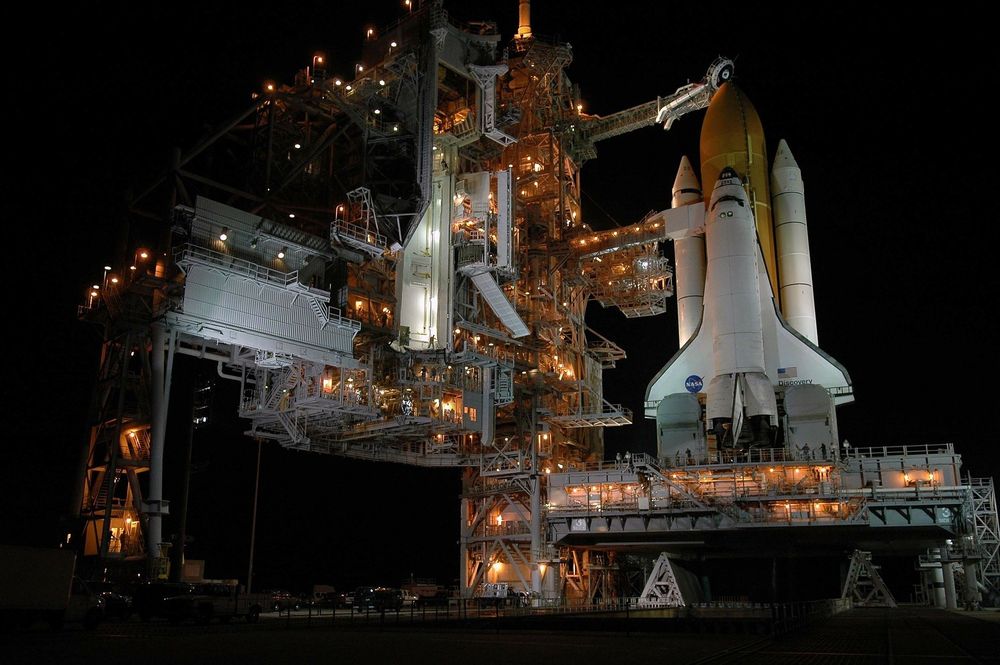 Space shuttles, telecommunication networks, and even new hip tech startups are home to big and complex systems. These systems employ thousands of software developers on different teams. Although big systems don’t have an exact scientific definition, we will refer to systems that contain more than one service working together as a “big system.” Additional clarity is provided through plentiful Wikipedia links, but the overall structure is inspired by Martin Kelppmann‘s “Designing data-intensive applications.”

These systems can be fault-tolerant, meaning one part deviating from the expected behavior won’t necessarily cripple the rest of the system. They could also be self-healing, i.e., the system’s services can auto-recover without manual intervention for some unexpected scenarios. They could also be idempotent, which means that running the input through the system many times doesn’t change the system’s state any more than running the same input the first time. These systems can be stateless, by which we mean any instance of the service can handle any input, or contrastingly stateful, meaning that some instances are dedicated to handling specific inputs. Statelessness is recommended since it saves our components from the headache of coordination, something we discuss later.

These systems’ inputs satisfy some pre-conditions. Their output must meet a set of post-conditions if the execution terminates successfully. This is called design by contract and is the basis for all correctness tests for a system.

These big systems also satisfy non-functional requirements. Non-functional requirements rely on the application’s business needs; they include (but are not limited to) availability, scalability, reliability, consistency, and performance (be it response time, throughput, or another metric). For example, booking that beach house should be within acceptable time (maybe less than 5 seconds), and the website should be up all day long.

The hype of microservices

In this article, we discuss “Shared-nothing” architecture, ones that rely on horizontal scaling. These systems scale by adding more nodes together rather than beefing up the same node with extra resources like CPU, memory, and hard drives. This is the predominant pattern used in the industry and is used in cloud computing.

So far, we have referred to the different parts of the system as components. The term used in the industry is microservices (a rebranding of the earlier service-oriented architecture). Much like classes in object-oriented programming, microservices should have a single responsibility. We shouldn’t cluster unrelated functionality into one microservice just because it’s convenient.

Application architectures should separate data nodes from control nodes, i.e., data in DBs, and control logic in “compute” nodes. Data does outlive code, so mixing concerns could be a nightmare down the line if we need to modify the system. Usually, the code should be ready to handle both backward and forward compatibility, which is somewhat tricky.

These different microservices interact together using network calls or queues to satisfy a functional requirement. They should be modular and maintainable. These microservices should be scalable, i.e., able to serve 10x the traffic with minimal changes in the system and barely noticeable performance difference when scaling up the system.

Designing a microservice is much like designing an application programming interface (API). Microservices should hide a great deal of implementation detail behind a stable and relatively straightforward abstraction. They should avoid accidental complexity at all costs.

We use the term “database” as an all-encompassing term. Almost every data node could be considered a database using such a definition. Databases come in different types and flavors, from relational to document and from graph databases to distributed caches. Some argue that even queues are a particular kind of database.

Usually, the database choice is made according to the entities involved in the applications, their relationships, and the expected join traffic. A graph database, for example, can be represented using a relational model with a considerable amount of joins between rows, deteriorating both the developer’s productivity and the database performance.

The module of the database that maps keys to the hard disk is called the storage engine. It’s usually implemented using a log-structured-merge-tree (LSM) or B-tree. Regardless of how indexes’ implemented, databases use write-ahead logging (WAL) to write transactions to disk before applying them to the database. It’s used to restore the system in case of a crash.

Some databases grant ACID (atomic, consistency, isolation, and durability) guarantees for transactions. Atomic means “all or nothing.” Consistency highly depends on the application’s definition of it. Isolation means that a transaction executes in isolation of every other transaction. Durability means that changes are persisted on disk (or replicated to different nodes) before acknowledging success to the application.

Database anomalies result from application use and the isolation level (the database’s guarantees). For some applications, these anomalies would never happen. Examples of anomalies include:

To deal with some of the anomalies mentioned above, engineers in academia and the industry came up with isolation levels. Although these isolation levels are standard, it’s advisable to read the documentation of the specific databases multiple times before attempting to use them:

Scaling includes replication and partitioning. We dedicate a subsection for each.

One way to prevent a single point of failure (SPOF) is to copy all the data from one node to other nodes. Replication also helps with the read traffic performance, as a bonus, since reads can be directed to more nodes, reducing the strain on each node. Although replication is beneficial, its difficulty arises from keeping data in sync with write requests. We discuss three models of replication briefly.

This is the predominant model due to its relative simplicity. It’s the model used in PostgreSQL, MySQL, and MongoDB, among many others.

Read requests can be directed to any node in the system (called read replicas). On the other hand, write requests must be directed to a leader (or master) elected at an earlier point in time. The leader then passes the change stream (replication log) to other nodes. Replication logs can be implemented using different methods like Write Ahead Log or Statement-Based Replication.

Some systems replicate data on different nodes using active anti-entropy or read repair. Active anti-entropy works by comparing Merkle trees, a tree of hashes, between nodes to figure out what subtrees need to be copied from one node to another. Read repair only relies on the read traffic to replicate the data on different nodes. If a record is never read, then data will remain stale indefinitely. Riak gives both options to the user.

Replication lag gives rise to BASE (Basically Available, Soft State, Eventual Consistency) as contrasted to the ACID model we discussed earlier. Basically Available means read and write traffic is as available as possible. Soft State means that the state could be a little different from one read replica to another. Eventual Consistency means that eventually (after no additional write traffic), the state will be consistent in all read replicas.

A non-leader is not critical, and its failure does not affect the state of the system. Leader failover, however, is not straightforward and has to be carefully implemented. On detecting the leader’s failure, the read replicas should elect a new leader to take over. This process of electing a new leader is called achieving consensus, and we will discuss it later in this article.

This gives rise to multi-leader architectures, where a few leaders can handle write traffic. These systems are more complex and require coordination between the leaders. The downside is that writes do require consensus from other nodes.

With leaderless replication, no node is special. We must write to many nodes (w; write quorum) and read from many nodes (r; read quorum) where w + r > n (number of nodes) to get consistent data.

If we have a big database with millions of records, it’s impossible to store all the data on one node. We must split the data one way or another on multiple nodes following the “horizontal scaling” approach to which we’re adhering. Each node can have one (or more) partitions.

There are two popular schemes for partitioning:

Replication and partitioning together

Replication and partitioning go hand in hand in a big system. Nodes will have different replicas of partitions, as shown in the image below.

Coordination is a not a requirement of the system but a design choice. Some systems can outsource the coordination problems to a cache, a database, a distributed lock manager, or Zookeeper.

Although there are algorithms to handle consensus like Paxos and Raft, they’re not straightforward. Implementation can easily incur bugs. Outsourcing to a third-party system (like Zookeeper) makes sense only when keeping in mind the operational overhead incurred when the third-party system is unavailable.

At the beginning of the article, we mentioned that we rely on commodity hardware and the network to build the so-called big systems. This choice doesn’t come without its tradeoffs. The network is unreliable, and it causes problems that include:

In a single-leader architecture, a leader thinking that it’s the leader while it’s not anymore (due to a network partition or a clock drift) can lead to a split-brain, which can cause data corruption. A fencing token could be used for such cases.

Although outdated, the CAP theorem states that one can only choose from one of two things, “consistency” or “availability,” since network partitioning happens all the time. Consistency is generally a vague term, so we replace it with the word “linearizable,” a very strong consistency model.

Linearizable means that if operation B starts after operation A has been completed, operation B must see the same state’s system as completing A or a newer state. It’s different from serializable since it doesn’t assume concurrent transactions.

In the article, we discussed big systems with “Shared-nothing” architecture. We described desired properties we’d like to see in a distributed system like availability, reliability, and scalability. We also described different types of databases and their isolation levels. We then discussed some of the considerations for scaling the system, like partitioning, replication, and consensus.

Building a big complex system is an exciting endeavor; now you're well on the way to understanding, and even building, your own! 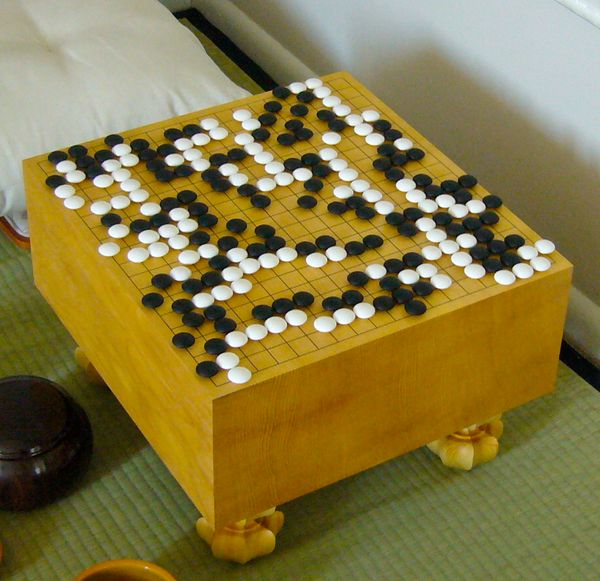