It’s been almost 12 years since “500 Days of Summer” came out. The movie, which turned out to be based on a true story, features a whimsical and whirly romantic story of a couple with mismatching expectations.

The film sparked many online and offline debates about who was the villain. This article analyzes the non-love story a little deeper using the attachment theory relying on the book “Attached” by Amir Levine and Rachel S. F. Heller to guide the discussion.

Boy meets girl, Summer, just another girl, except that she’s not. She finds common cultural references (who doesn’t like The Smiths?) and gets him hooked because she is who she is, and she does what she wants to do. He finds her to be a girl of substance, and they share familiar interests that make him believe that they have something special.

As days passed, she told him: “This is fun, you are fun,” and that she wasn't not looking for anything serious. He perceived that she wanted to take it slowly, and he was okay with that. Exhibiting a form of denial, he believed that he would eventually change her mind. Before long, he made all these plans about her in his head and pigeonholed her in his imagination.

Along the way, she shared with him things she’s never shared before. It made him think that he was special. As he walked the street, his face was shining; he had finally found what he was looking for. Or did he?

Summer failed to become completely transparent with Tom and kept sending him mixed signals about her commitment to the relationship. One day she attempted to make things right, and on another day, during a moment of uncertainty, she failed to disclose how she felt about their relationship and told him that nothing was going on, that she’s just tired.

There’s no denying that attraction is essential for relationships, but it only got Tom and Summer so far before they realized that they wanted different things.

Attachment theory ascribes one of three personas to each person in the population: secure, anxious, or avoidant. These personas are formed from childhood and early relationships and rarely change throughout adulthood.

A secure person is realistic, they’re effective communicators, and they don’t play games. This is why many people dub them as dull and uninteresting. They expect to be treated with respect, dignity, and love. When their partners wrong them, they attribute their wrongness to their partners without feeling guilty themselves.

A secure person’s behavior is contagious. Once a person is in a relationship with a secure person, they tend to become more secure, regardless if they’re anxious or avoidant.

An anxious person craves intimacy. They need to be reassured and feel adequately loved. They thrive on supportive relationships. They don’t easily succumb to a failed relationship and try to win their partner back. They attribute their failure to find love to a fault in themselves rather than an external factor like not meeting the right person.

An anxious person relies on activation strategies to re-establish closeness to their partner, like putting their partner on a pedestal and only remembering their good qualities. They believe that although they might be unhappy in the relationship, they’re still better off with their partner.

An avoidant person has a pattern of many lovers yet an inability to commit. They always like things to stay fuzzy and avoid labeling a relationship. They minimize closeness and fear losing independence by becoming intimate.

An avoidant person leaves once they find themselves sacrificing the slightest bit of freedom or feel trapped by exclusivity. They disappear in an attempt to ghost their partner without having the decency to actually break up in person. In case that doesn’t work, they could do it over a phone call or even a text message.

An avoidant person is often in the dating pool, and they bounce pretty quickly after a breakup. They're likely to date people with no prospects. The unlikely relationship provides the new love rush they crave while feeding their inhibition for a commitment since they feel it’s a long shot anyway. So, when things go south, there’s little blame they can assign to themselves.

An avoidant person likely explains their aloneness with external factors such as never meeting the right person rather than looking deeper into themselves. According to Levine, avoidants are unlikely to be in a relationship with other avoidants since there’s no emotional glue to hold them together.

An avoidant person uses deactivating strategies to keep their partners at arm’s length, such as focusing on their partner’s flaws, not calling for several days, and even flirting with others to introduce uncertainty in a relationship. They unconsciously search for negativity to turn off their attachment needs.

Anxious-Avoidant Dynamics in 500 Days of Summer

Tom was always anxious about how Summer felt about him. Summer, on the other hand, was avoidant. Summer saw herself as simply herself alone and did not see herself in a relationship since a relationship shouldn’t infringe on her personal life. By continuing to spend so much time with him knowing he wanted more, Summer gave herself an out and gave Tom a dead end.

In the movie, Tom got in a fight because another guy asked Summer out while she was sitting with him. As an avoidant, Summer felt that Tom’s jealousy was possessive and that she was losing herself and her sense of freedom. She used a deactivating strategy by telling Tom that he had been “completely uncool,” “that she didn’t need his help,” and that he fought the other guy for “his benefit.”

See, an avoidant is not a villain. An avoidant that leads on her partner, though, might well be a villain. In the case of Summer, except for the false hope of returning on day 401, she was clear in her intentions; she wasn’t in the market for a long-term relationship, no matter how Tom felt. In this case, Tom was the one leading himself on.

Why did they not break up at that point? Maybe it was because Tom was immature about his and her emotional needs and thought he could turn her around. Summer, free-spirited and emotionally disconnected, was only having fun. For her, it wasn’t a relationship with all it entails of commitment and boundaries.

According to attachment theory, an anxious and an avoidant person’s dynamics prove toxic and prolong the agony with neither getting the satisfaction they desire out of a relationship. They play a pull-push game, where the anxious person pulls, and the avoidant person pushes away. This game prevents emotional progress and has participants circling the drain.

Tom and Summer could have probably seen that the attraction faded away, but they kept dating anyway. His jokes weren’t funny anymore, and her disconnect from the relationship bothered him immensely. Still, they kept playing the vicious pull-push game, Tom asking for more consistency and confirmation while Summer drifted away.

Was it Ever Real?

Tom felt the love rush; it was a new high. Was it infatuation or love? We, the audience, will never know. His feelings were real, but his perception of Summer was not. It seems that the adage “love blinds” is quite true, as he took Summer and crafted her into a perfect fictional image in his mind, looking the other way when it came to all her startling flaws. Had he taken a complete look at Summer, maybe he would have realized how little he knew her.

Was Tom attracted to Summer or the idea of Summer? He was undoubtedly attracted to what Summer could have been. Tom learned about how love should be and what love could be from the pop culture of songs and movies. He wanted Summer to live up to the promise. Yet, she couldn’t.

As avoidants do, Summer met a new guy in a few weeks; she didn’t need time to recover since she was never invested in the relationship like Tom was. Maybe she only used Tom to fill her emotional void while never making any promises to commit, or perhaps she was seeking validation and not love.

For Tom, however, getting over Summer was probably the most challenging thing he ever had to do. He quit his job as he was fighting nostalgia, reminisce, and remorse. Like us, he never knew if any of the love was true; he received no answers and got no explanations. He never got the closure he desperately needed to move past his ideas of her. Withdrawal provided him with many sleepless nights alongside fruitless thoughts like his feelings of inadequacy and unworthiness of love.

Tom finally realized that the only way forward is not a reason; there were no reasons. The way forward was the way forward. Later in his life, Tom met another girl, Autumn. We can only hope that he’s figured out some dynamics to make it work this time. Besides, Autumn is a better season anyway! 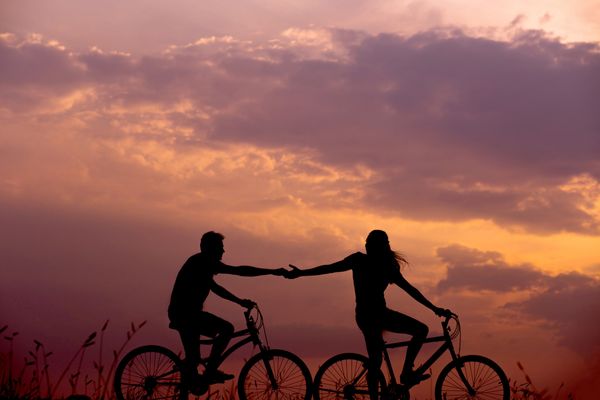